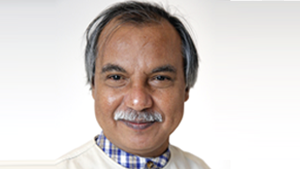 M Shahjahan has acted as the Managing Director of Grameen Bank from August 2011 to October 2014. Previously he was the General Manager of the bank and worked as head of Accounts, Finance, Planning, Monitoring & Evaluation Division. He was also the chief of Operation of Eastern Region of Grameen Bank. At the beginning of his Grameen Career, he was given the responsibility of establishing and designing the Internal Audit Department of Grameen Bank where he served as chief for seven years. He completed his masters both in Accounting and Finance from the University of Dhaka.